Let’s give things their name!

Our Pinsa Romana is certified authentic because it is prepared with the original recipe and the right mixture of special flours for Pinsa.

Do you know why we tell you this? Because for us who have committed so much energy and passion to bring the Original Roman Pinsa to Malta, just like the original one eaten in Rome, imitations are an offence! It doesn’t matter if you go to eat pizza elsewhere, because we like the sense of “eating” and this must happen wherever you are.

The food and the variety of recipes are a constant discovery to be experienced every time! But… We must call things by their proper names! 👊

Do not be fooled by imitations that apparently may resemble your beloved Pinsa Romana… Be aware of the authenticity of the ingredients, the long leavening and cooking that makes Pinsa Romana so digestible and tasty.

We strongly believe in the authenticity of our products and, for this reason, we have always tried to prepare them with the original ingredients to make you taste an authentic dish.

Our Pinsa Romana in Malta has been officially recognized as the only and original.

Our registered trademark, of which we are so proud, has always been proof of this! 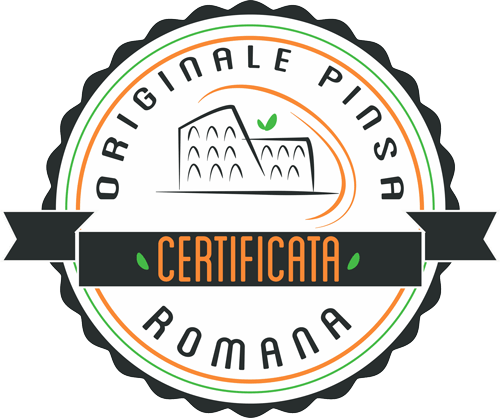 If we tell you that what you are eating is the Pinsa Romana, it is because we kneaded it and it contains only the mixture of special flours that distinguishes it from all the other pizza doughs.

If we tell you that it has risen slowly, it is because we are “in no hurry” and refuse to give you an indigestible product that does not strictly follow its natural growth times. When you eat with us, you will not have dough rising in your belly the next day!

For this reason, we select and train only the best and most scrupulous pinsaioli!

Finally, our Roman Pinsa undergoes double cooking. Many use pre-cooked pizzas that they buy ready for second cooking.

We knead them in our laboratory and bake them twice to give the Pinsa that unique crunchiness and digestibility that made it so famous first in Rome and then in the world!

Always take care to make sure that the Pinsa you eat is really the 100% Roman one.

If they call it Pinsa Romana it must be the original one, otherwise call it PINZA, PRINSA, SPRITZA or, better yet…

We have a few things dear to us, and among those are the traditions of Roman Cuisine that we brought to Malta, to gift a little of our beautiful hometown to this wonderful island!

Roman cuisine and certified Roman Pinsa are our things…

We like to eat and taste recipes from all over the world and from all regions. We like Neapolitan pizza, which is tasty, rich and smells of an incredible city… But it must be the original!

…Same as with Maltese pastizzi, Milanese risotto, Sicilian cassata… We like the real things and this is why we couldn’t be proud of a fake PINSA ROMANA! 🤥

Where can you eat our PINSA ROMANA IN MALTA?